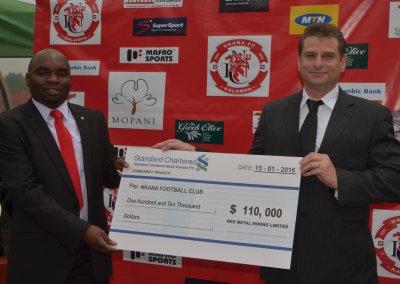 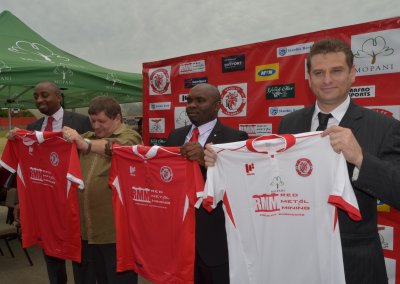 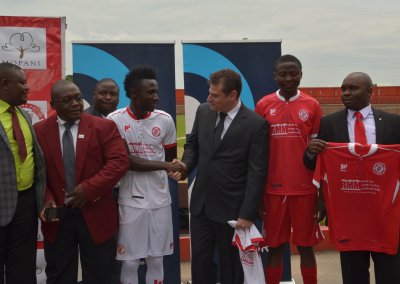 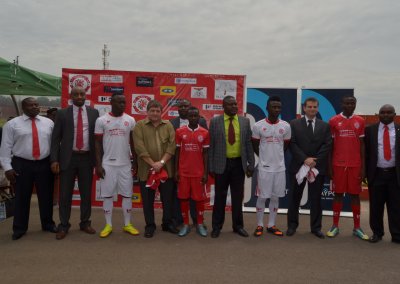 “Nkana Soccer Club has secured a US $179,000 trio-corporate sponsorship package for the 2016 season. The deal was unveiled yesterday at a ceremony held by the club at the Nkana Stadium in Kitwe. Red Metal Mining contributed a total of $110,000 and as main kit sponsor, they will have the company name on the front of the jersey, together with the team sponsor, Mopani Copper Mines.
Nkana president, Evaristo Kabila, said these were exciting times for the record 12-time champions after securing the deal. While Red Metal Mining’s director, Lionel Wagner, said that his company was delighted to be associated with the football aspirations of Nkana Club.”

For the latest information and support on COVID-19 please visit www.sacoronavirus.co.za